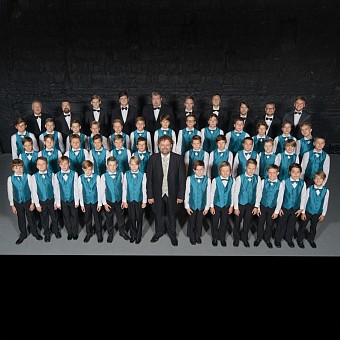 Handel and the Coronation of the King of England

The German-born, Italian-schooled and England-based baroque composer George Frideric Handel was not intimidated by the British monarch George II’s request to compose coronation anthems – he created four outstanding choir opuses that are still popular to this day. An anthem is a small-form chant popular in England with sacred or secular lyrics (like the Italian madrigal), and coronation is the process of declaring a noble-born a monarch. It is not known which of the four George II picked for his coronation, but the historical records confirm that the pieces have been performed in the coronations held in the Westminster Abbey since 1727. It is significant that the music for the coronation for the king who was not born in England was written by a composer who was not born in England. Observing the traditions of the genre, the coronation anthems will be performed by a boys’ choir. Elīna Šimkus, however, has picked arias that will reveal a different, playfully virtuoso and lyrical side to G. F. Handel’s music, performed by the Italian former child prodigy, violinist, composer, conductor and maestro of the early music ensemble Coin du Roi Christian Frattima who will lead the chamber ensemble Sinfonietta Rīga.